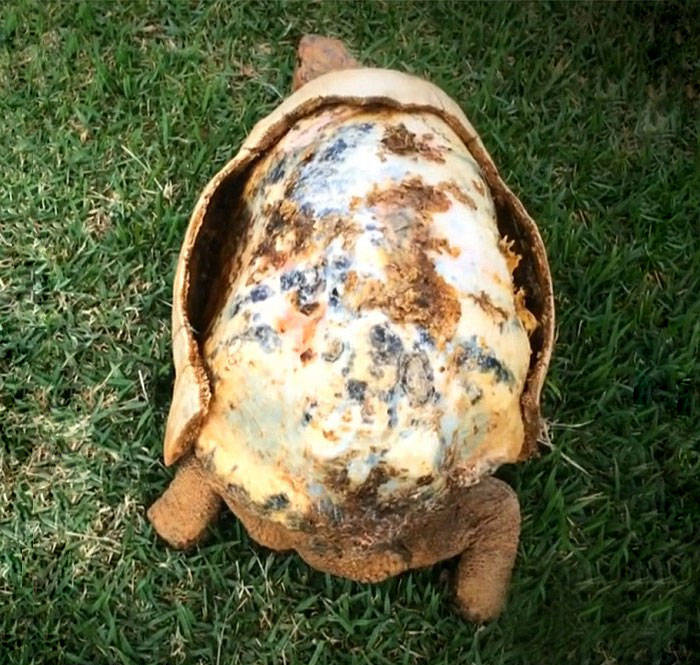 His name's Freddy, from Brazil. He lost 85 percent of his turtle shell after encountering a fire hazard.

Because of his serious condition, There was little hope to be alive. But the animal protection drganization called"Animal Avengers" decided to help him. They designed a new shell for Freddy by using the popular 3d printing technology as well as drawing the vivid pattern on the shell. 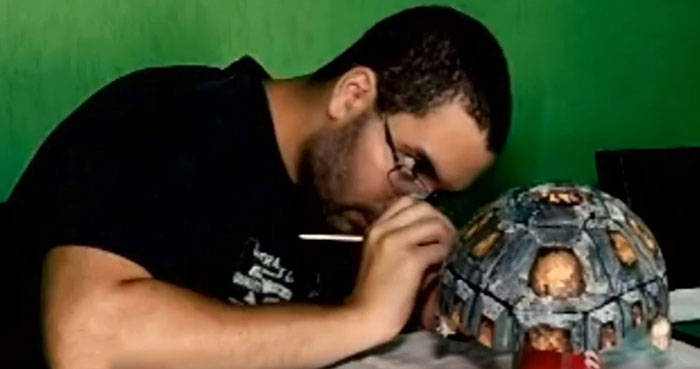 This is the seventh animal that the organization saved through advanced 3d printing. 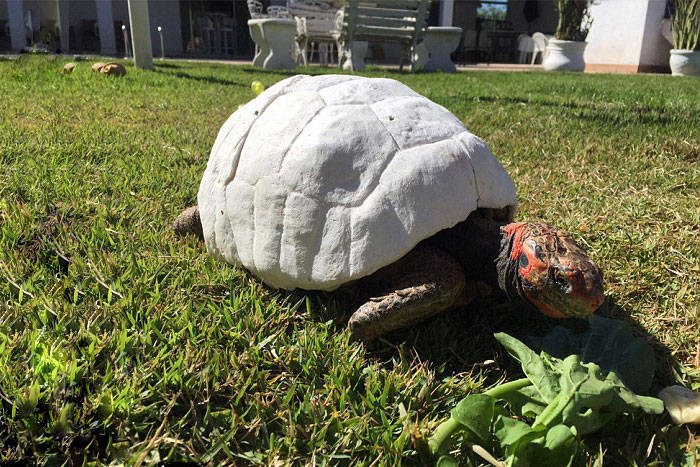